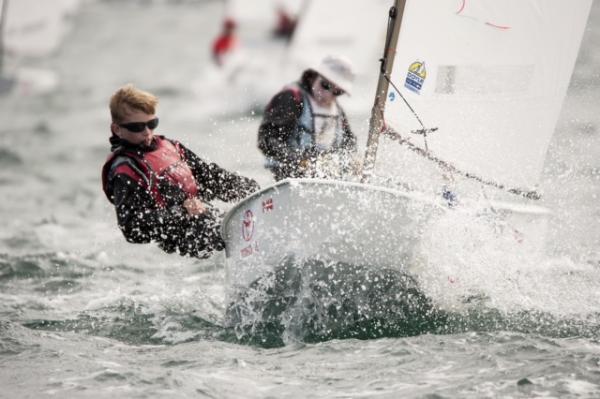 Congratulations to Will Hadfield for a sterling performance at the 2016 Optimist South Island Championships, where he took first place. Based in Christchurch, Will has been a loyal long term Doyle supporter and we are proud to see his hard work and sportsmanship paying off on the podium.

The Championships were hosted at the Ravensbourne Boating Club in Dunedin on 12-13 March 2016. Conditions were fairly challenging with a narrow race track and plenty of tide to contend with, but Will performed consistently taking a 4 – 1 – 1 -2 of the four races (with three of the planned seven races cancelled due to lack of wind. “It was very close racing on a narrow track with plenty of tide and I had my new Doyle Blue sail rigged,” says Will. “It was great to have Sir Russell Coutts there to hand out the prizes and trophies. We head back to Auckland next week for the Nationals – thanks to Doyle Sails and Andrew Brown [One Design Manager] for the great sails and the support you have given me”.

This is the latest in a long line of great results for Doyle One Design customers, with other recent results including Robbie McCutcheon’s consecutive wins in the Tanner and Tauranga Cups and first place in the Jolly Boat Nationals. Next up is the Optimist Nationals, hosted by Kohimarama Yacht Club, which Doyle is a major sponsor of.