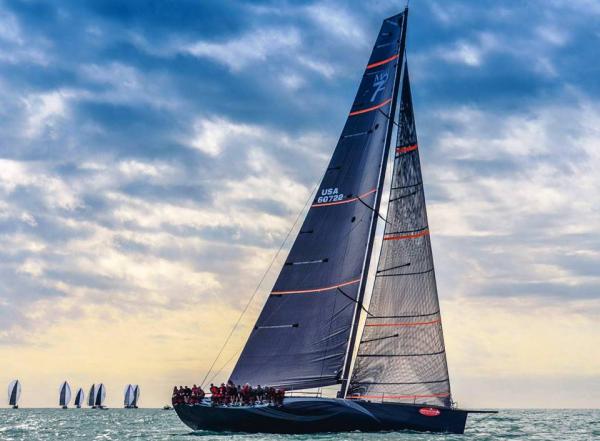 A successful run for Doyle Stratis powered yachts continues with Proteus’ win at the 2016 RORC Caribbean 600 the latest in a long line of consistent podium wins.

This is the third year running that the RORC Caribbean 600 race has been won by Doyle customers following Bella Mente’s win in 2015 and Shockwave’s win in 2014. For the majority of the 2016 race Stratis powered boats had battled for the lead, with Bella Mente leading the race for much of the time until being overtaken by Proteus and later forced to withdraw due to a broken keel.

Proteus’ owner George Sakellaris is a long time Doyle customer, having worked with the Doyle team for many years on his incredibly successful Shockwave racing campaign and now on Proteus. Shockwave’s impressive track record includes wins at the RORC Caribbean 600 and a two time win of the Newport-Bermuda race, which Sakellaris will be looking to defend again in 2016 on board Proteus.  “Doyle Sails has been an invaluable partner in my racing campaigns, with the team providing hands on advice and assistance that helps us get the most out of not only our sails, but the whole racing package” says Sakellaris. “We are very proud of this latest result and looking forward to racing Proteus to more wins in future.”

This latest winning result builds on consistent performances from Stratis powered boats in the maxi world, with results including Bella Mente’s win at the Maxi 72 World Championships 2015 and the Boat of the Week trophy at Key West Race Week 2016, Rio 100’s win of the Barn Door Trophy in the 2015 Transpac and first place and a new course record in the 2016 San Diego to Puerta Vallarta race.