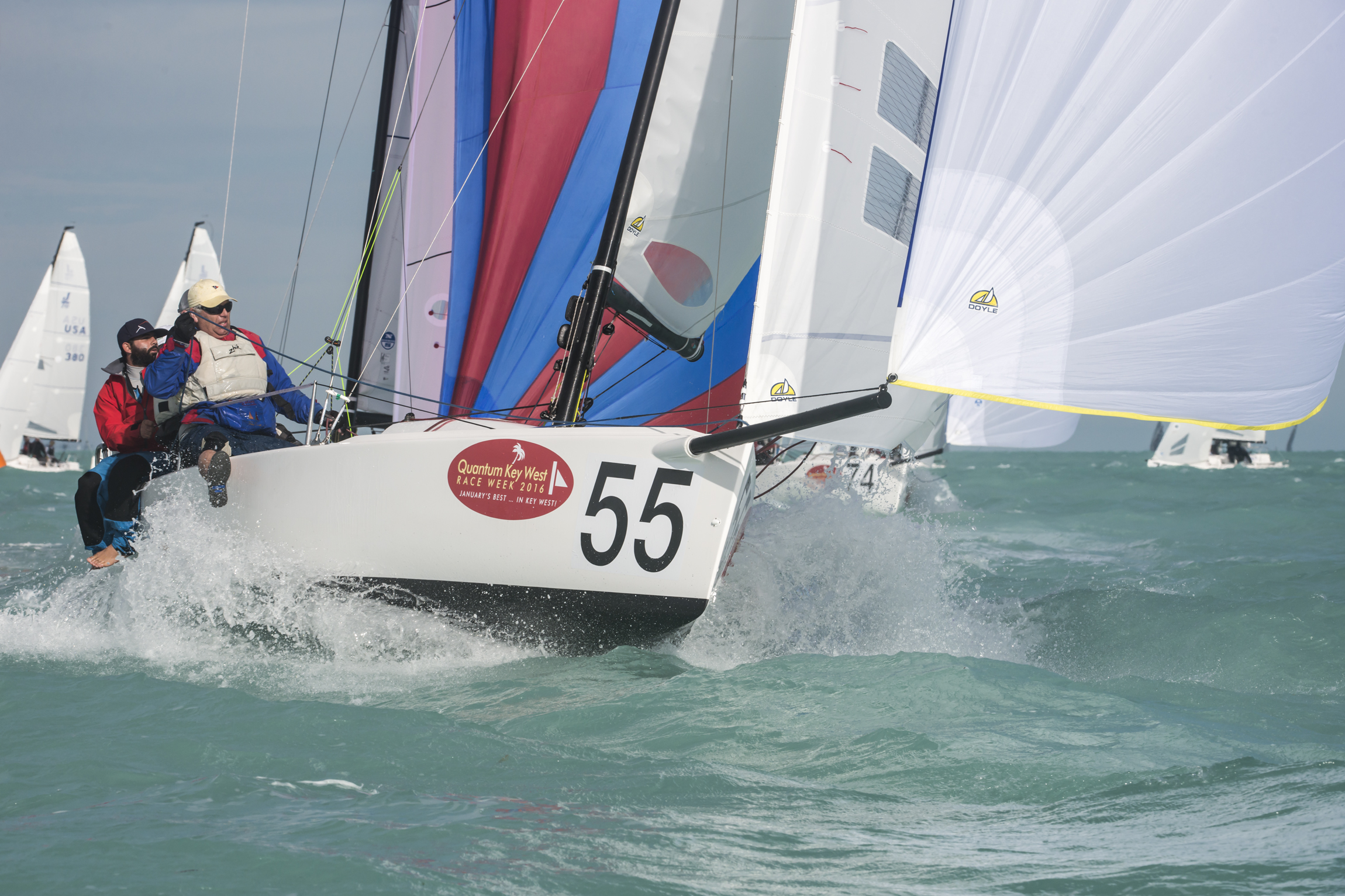 A windy and cool Key West Race Week wrapped up last week, with 48 boats racing in the J/70 class. At Doyle Sailmakers, we were very pleased with two boats in the top ten and Peter Duncan’s Relative Obscurity clinching second place to be the top American finisher. We were able to have a conversation with Peter after the event for his perspective on the event. Peter was quick to note the merits of his exceptional team of multiple world champion winners Moose McClintock and Karl Anderson, as well as North American Champion Victor Diaz.

Moose McClintock, who has now sailed with a number of different J70 programs, had some interesting observations regarding the Jib in particular. “I was impressed with the ease of using the sails.  I prefer pull and go so I can keep my head out of the boat and I think you achieve this in your designs.  I think we learned a lot about the inhaul use on the Pro radial Jib over the course of the week, having Victor aboard was critical for us as he used the same inhaul technique on the Jib that you used at North Americans.  He did say after sailing Friday that the inhaul was the key on Friday as he ended up with the same jib sheet setting and played the inhaul depending on how much power he needed, mostly a different way to get to the same end.   Eye opening for me.”

With fast upwind and downwind speed and an obviously harmonious team, Peter is planning to do Bacardi Cup, North Americans in Texas, Europeans in Germany, and Worlds in San Francisco, hopefully with a similar team depending on everyone’s schedule.